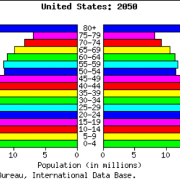 I feel obliged to reveal one corner of this bubbling market that might actually make sense.

By 2050 the population of California will soar from 39 million to 50 million, and that of the US from 320 million to 400 million, according to data released by the US Census Bureau and the CIA Fact Book (check out the two population pyramids below).

That means enormous demand for the low end of the housing market, apartments in multi-family dwellings.

Many of our new citizens will be cash-short immigrants. They will be joined by generational demand for limited rental housing by 65 million Gen Xer’s and 85 million Millennials enduring a lower standard of living than their parents and grandparents.

These people aren’t going to be living in cardboard boxes under freeway overpasses.

If you have any millennial kids of your own (I have three!), you may have noticed that they are far less acquisitive and materialistic than earlier generations.

They would rather save their money for a new iPhone than a mortgage payment. Car ownership is plunging as the “sharing” economy takes over.

This explains why the number of first time homebuyers, only 32% of the current market now, is near the lowest on record.

It’s not like they could buy if they wanted to.

Remember that this generation is almost the most indebted in history, with $1.5 trillion in student loans outstanding.

They don’t care. Coming of age since the financial crisis, to them, home ownership means falling prices, default, and bankruptcy. Bring on the “renter” generation!

The trend towards apartments also fits neatly with the downsizing needs of 85 million retiring Baby Boomers.

As they age, boomers are moving from an average home size of 2,500 sq. ft. down to 1,000 sq ft condos and eventually 100 sq. ft. rooms in assisted living facilities.

The cumulative shrinkage in demand for housing amounts to about 4 billion sq. ft. a year, the equivalent of a city the size of San Francisco.

In the aftermath of the economic collapse, rents are now rising dramatically, and vacancy rates are shrinking, boosting cash flows for apartment building owners.

Fannie Mae and Freddie Mac financing is still abundantly available at the lowest interest rates on record. Institutions combing the landscape for low volatility cash flows and limited risk are starting to pour money in.

Run the numbers on the multi-dwelling investment opportunities in your town. You’ll find that the net after-tax yields beat almost anything available in the financial markets. 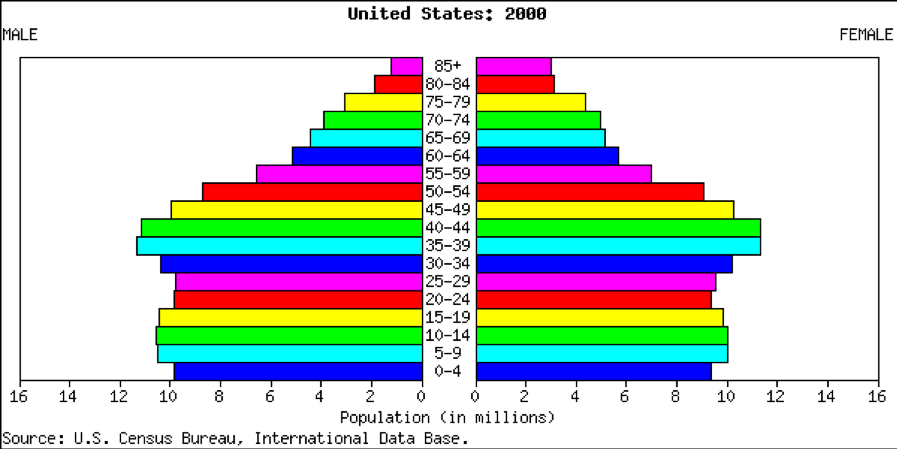