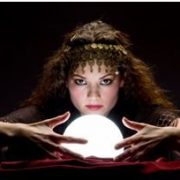 I just returned from my round of monthly wine club pick-ups in California?s lush and fertile Napa Valley. I invested a half hour soaking up the breathtaking views at the hilltop Silverado winery. Duckhorn offered a lavish lunch event, which I ducked out on. The Wagner family is prospering as always, recently opening a tasting room for their spectacular Caymus private label. The trunk of my electric Tesla S-1 is brimming over with fine cabernet, merlot, pinot noir, and the odd zinfandel.

Driving through rolling hills of ripening grapevines also gave me time to digest and contemplate the implications of the dramatic events of last Friday. The Department of Labor announced a bombshell of an April nonfarm payroll, showing 165,000 in job gains in the face of dire expectations, taking the headline unemployment rate down to 7.5%, a four year low.

I made a nice killing with my long positions in Apple (AAPL) and the S&P 500 (SPY). But I also suffered painful stop outs in my short positions in the Russell 2000 (IWM), which only had two weeks to run to expiration, sending my performance for the month down in flames. Such is the risk of betting on this notoriously volatile and always revised data point. If you play with fire, you get burned.

There were 50 data points warning that the April nonfarm payroll was going to be a disaster, the details of which you can find in my most recently posted Global Strategy Webinar. They all painted a picture of an undeniably weakening economy, paving the way for a nice ?Sell in May? and a following summer correction right on schedule.

That?s why, to a man, every hedge fund trader went into the Friday release net short. So when the announcement came, the short covering was fast and furious. And it occurred across all asset classes simultaneously. Stocks of every description and commodities (CU) soared, while the Japanese yen (FXY) (YCS) and the Treasury bond market (TLT) cratered. Only the precious metals of gold (GLD) and silver (SLV) remained moribund, still working off a long hangover.

It turns out that I was not the only one who noticed the soggy economic data. It also caught the attention of Fed governor, Ben Bernanke, ECB president, Mario Draghi, and BOJ governor, Haruhiko Kuroda, who together launched a trifecta of coordinated rescue measures designed to provide emergency life support for the flagging recovery.

In the Fed minutes released on Wednesday, Uncle Ben suggested that he might actually increase monetary easing. The European Central Bank, in a better late than never move, finally cut Euro interest rates by 25 basis points. An indiscreet minister also hinted that negative Euro interest rates might be in the cards. Of course, burning all the shorts was part and parcel of this program.

So we now have to ask, what happens next? Welcome to an S&P 500 earnings multiple of 16, a figure not seen for six years! With zero interest rates, global monetary easing still expanding, and the rest of the world tripping over each other to buy American stocks, higher multiples are in the cards. Stocks that seem richly priced to us here seem unbelievably cheap to every one else.

How high is high? One old trader?s rule of thumb says that every multiple year breakout is worth at least 10%. That takes the (SPY) up to 1,760, and the Dow average to 16,500, possibly by year end. Instead of the major 5%-10% corrections investors have been expecting all year, we may continue to get sideways time corrections before each leg up.

There also seems to be another factor at work here. Every time I take a run at a 40% return, I get thrown back. It has already happened twice this year. It?s as if 40% is an unnatural act requiring incantations in strange tongues to surpass. Black swans come out of nowhere, as do the shocks and surprises. You can do all the work in the world in these conditions, and it often ends of being for free.

That?s why in past years, when I was running my big hedge fund, I would quit for the year whenever I approached the 40% level. I then sent a letter to my investors saying I?m not working anymore until I got paid my performance bonus off of the lofty numbers. I then proceeded to take extended vacations, sending my investors postcards from exotic locales.

They all loved it. 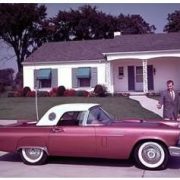 Investing on the Other Side of the Coronavirus

Please Use My Free Data Base Search