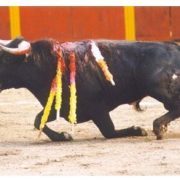 The universal question in the market today was ?Why is it down? when all the news was good? The weekly jobless claims dropped 5,000 to 366,000, near a five-year low, confirming that the jobs recovery is still on track. Activist shareholder, David Einkorn?s, lawsuit against Apple (AAPL) to unfreeze its cash mountain should have boosted the market?s major buzz kill.

Sure, ECB president said that European growth would continue to slow. No news there, and certainly not enough to prompt a triple digit decline in the Dow.

The harsh truth is that after the near parabolic move we have seen since the beginning of the year, you don?t need a news event to trigger a market sell off. The mere altitude of the (SPX) at 1,515 should, alone, be enough to do it, a mere 3.8% off the all time high.

The fact is that almost every manager has seen the best start to his track record in decades. Prudence requires that one book some profit, deleverage, reduce risk, and take some money off the table at these euphoric highs.

That especially applies to myself. If I make any more than the 22% I have clocked so far in 2013, nobody will believe it anyway. So why risk everything I?ve made just to make another 20%. Who wants to start over again if the wheels suddenly fall off the market?

That is what prompted my flurry of Trade Alerts at the Thursday morning opening, which saw me bail on my most aggressive positions in the (SPY) and the (IWM), taking profits on my nearest money strikes. I did maintain the bulk of my portfolio, which is still in much farther out-of-the-money strikes, and in short positions in the Japanese yen. I also added to my short positions, buying out-of-the-money bear put spreads on the (SPY), betting that even if we continue up, it won?t be in the ballistic, devil may care fashion that we saw in January.

There are, in fact, real reasons out there for the market to fall. You need look no further than the calendar, which I eloquently outlined the dangers of, in my piece ?February is the Cruelest Month? (click here).

On March 1, the sequestration cuts hit. The 2% increase in payroll taxes has yet to be reflected in slower consumer spending. Federal income taxes have already gone up on those earning over $450,000 a year. This is important, as the top 20% of income earnings account for 40% of consumer spending, and consumer spending delivers 70% of all consumption.

Although it has been postponed by three months, we have a debt ceiling crisis looming that will have to result in spending cuts across the board. My favorite stealth drag on the economy, the paring back of major tax deductions, will be the next big issue to be fought over publicly (the oil depletion allowance versus alternative energy tax credits, and so on, and so on).

All of this adds up to a 1.5% reduction in US GDP growth this year. When you are starting with a feeble, tepid, and flaccid 2% rate, that does not leave much for us to live on. This is how disappointments turn into recession. IT is no empty threat, as many US corporations are seeing earnings slow, and could well disappoint with the next quarter?s results.

This is why I predicted an ?M? shaped year in my ?2013 Annual Asset Class Review? which I am still standing by (click here). We are already well into the heady run up to construct the left leg of the ?M?. Next comes the heart rending ?V? in the middle. Some analysts are amazed that we have gone this far in front of such daunting challenges and haven?t already collapsed. I think that is going to be April or May business, given the humongous cash flows we have witnessed.

This Bull May Not Have Long to Live 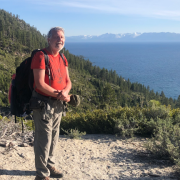 Jobless Claims Give More Fodder to the Bulls 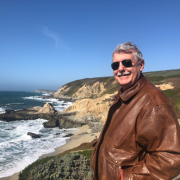 The Market Outlook for the Week Ahead, or The Panic is On 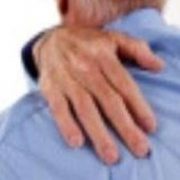 A Note on the Friday Options Expiration

US Earnings Are Headed Down the Drain