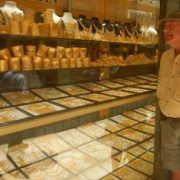 I have not done a gold trade in yonks. That?s because it has been the asset class from hell for the past five years, dropping some 46% from its 2011 $1,927 high.

However, we are now in a brave new, and scarier world.

Given the extreme volatility of financial markets in recent months, all of a sudden keeping hedges on board looks like a good idea. I?m sure the next time stocks take a big dive, the barbarous relic will post a double digit gain.

So, this makes it an excellent hedge for my outstanding long S&P 500 (SPY) and short Treasury (TLT) ?RISK ON? positions.

Also supporting the yellow metal is what I call the ?Big Figure Syndrome?. And there is no bigger number than $1,000, the upper strike on this trade.

While rising interest rates is always bad for gold, the realization is sinking in that it is definitely NOT off to the raises now that the Federal Reserve has at last begun a tightening cycle.

Personally, I expect ?one and done? to gain credence by midyear, once implications of six months of Fed inaction starts to sink in. As long as rates rise slowly, or not at all, we have a gold positive environment.

The Treasury bond market has already figured this out, with yields now lower than when the Fed carried out its 25 basis point snugging.

In addition, gold has recently found some new friends. Russia has come out of nowhere in recent months and emerged as one of the world?s largest buyers. This is because economic sanctions brought down upon them by the invasion of Crimea and the Ukraine is steering them away from dollar assets.

Keep in mind that this is only a trade worth about $200 to the upside. Then, I?ll probably sell it again.

I am avoiding the Market Vectors Gold Miners ETF (GDX) for now, as the next stock market swoon will take it down as well, no matter what the yellow metal does.

But get me a good price and a rising stock market, and I?ll be in there with another Trade Alert.

My interest might even expand to include the world?s largest gold miners, Barrick Gold (ABX) and Newmont Mining (NEM).

The new bull market in gold is still at least five years off. That?s when it picks up a huge tailwind from a massive demographic expansion by the Millennials, which eventually leads to much higher inflation.

Also by then, China and other emerging nations will begin to raise their gold reserve holdings to western levels. This will require the purchase of several thousand metric tonnes! That?s when my long-term forecast of $5,000/ounce will finally come true.

With conditions as grim as they were in 2015, you would have thought the price of gold was going to zero.

While no one was looking, the average price of gold production has soared from $5 in 1920 to $1,300 today. Over the last 100 years, the price of producing gold has risen four times faster than the underlying metal.

It?s almost as if the gold mining industry is the only one in the world which sees real inflation, which has seen costs soar at a 15% annual rate for the past five years.

This is a function of what I call ?peak gold.? They?re not making it anymore. Miners are increasingly being driven to higher risk, more expensive parts of the world to find the stuff.

You know those tires on heavy dump trucks? They now cost $200,000 each. Barrick Gold (ABX) didn?t try to mine gold at 15,000 feet in the Andes, where freezing water is a major problem, because they like the fresh air.

What this means is that when the spot price of gold falls below the cost of production, miners will simply shout down their most marginal facilities, drying up supply. That has recently been happening on a large scale.

This inevitably leads to a shortage of supply, and a new bull market, i.e., the cure for low prices is low prices.

They can still operate and older mines carry costs that go all the way down to $600. No one is going to want to supply the sparkly stuff at a loss.

That should prevent gold from falling dramatically from here.

I am constantly barraged with emails from gold bugs who passionately argue that their beloved metal is trading at a tiny fraction of its true value, and that it is really worth $5,000, $10,000 or even $50,000 an ounce.

To match the 1936 monetary value peak, when the monetary base was collapsing and the double top in 1979 when gold futures first tickled $950, this precious metal has to increase in value by eight times, or to $9,600 an ounce.

I am long term bullish on gold, other precious metals, and virtually all commodities for that matter.

The seven year spike up in prices we saw in the seventies, which found me in a very long line in Johannesburg, South Africa to unload my own Krugerrand’s in 1979, was triggered by a number of one off events that will never be repeated.

Some 40 years of demand was unleashed when Richard Nixon took the US off the gold standard and decriminalized private ownership in 1972. Inflation then peaked around 20%. Newly enriched sellers of oil had a strong historical affinity with gold.

South Africa, the world?s largest gold producer, was then a boycotted international pariah and teetering on the edge of disaster. We are nowhere near the same geopolitical neighborhood today, and hence my more subdued forecast.

But then again, I could be wrong.

What should we look for? When your friends start getting surprise, out of the blue pay increases, the largest component of the inflation calculation. That is happing now in the technology and the new US oil fields, but nowhere else.

It could be a long wait, possibly into the 2020?s, until shocking wage hikes spread elsewhere. 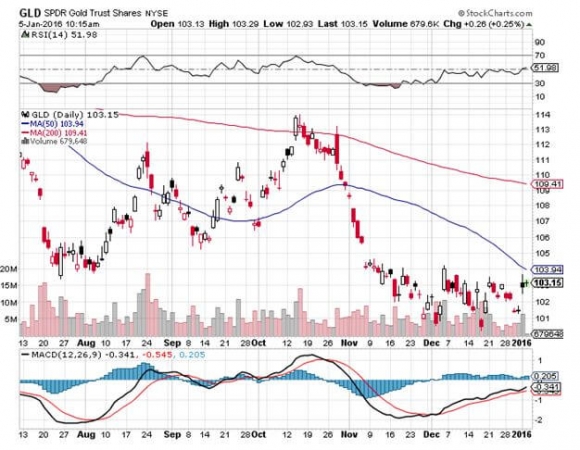 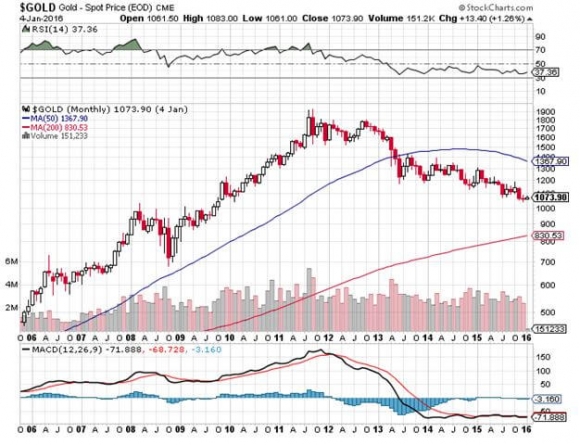 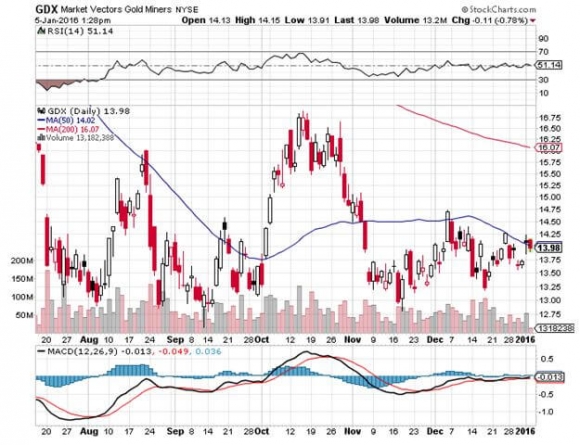 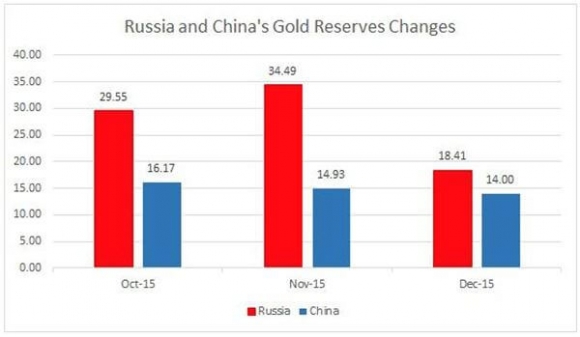 Ready For a Bounce