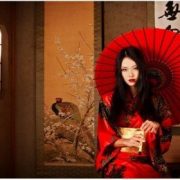 Constantly chained to my MacBook Pro at home writing this letter, it is not often that I am in the room when a major market-moving event occurs. That is what happened at the SkyBridge Alternatives Asset Conference (SALT) in Las Vegas on Thursday (click here for the link at http://www.saltconference.com/).

I was listening to one of the legendary titans of the hedge fund industry make the case for Japan. According to the rules of engagement, I can?t tell you who he was, or I would have to kill you. I don?t want to do that because if you?re dead, you might not renew your subscription, and that would be bad for business. But I can pass on the gist of his arguments, which are already well known to the readers of this letter.

He said Japanese companies have tremendous leverage to a falling yen. The Bank of Japan was doing what was necessary to move the yen down from ?100 to ?110 to the dollar. The game changer will come when the government announces its restructuring plan in a few months.

Therefore, Japan?s TOPIX Index at a 13-14X earnings multiple looks cheap. That?s why his fund has been running a major long Japanese stock/short yen position since last year. If he is right, a Nikkei average of 20,000 is in the cards, up another 36% from last night?s close.

I was watching the Currency Shares Japanese Yen Trust (FXY) tick on my iPhone 5s as he spoke. It immediately gapped down 100 basis points. I surveyed the room and saw many heads bowed, fingers furiously typing the news to trading desks, or entering their own ?SELL? orders into online trading platforms.

That smashed the cash market through major resistance at the ?100 barrier, a new four year low. If I had been as digitally endowed, I would have sent out my own Trade Alert to dump the yen. But I?m not. By the Friday opening the next day, (FXY) had given up an additional 100 basis points.

I had been holding back on selling the yen in recent weeks for several reasons. First, we have covered a lot of ground very quickly, the beleaguered Japanese currency plunging 25% in just six months. That is prompting Japanese owners of the $2 trillion in direct and indirect foreign assets to realize some of the recent $500 billion in paper gains. That creates yen buying and downward pressure on the dollar.

Finally, my own trading gains have been so enormous this year, up some 35%, that I am becoming less inclined to stick my neck out and take inordinate risks. Trading has become more of a cherry picking game.

This lines up nicely with my own long term downside target for the yen of ?150. This may sound like one of those outrageous predictions one finds so often on the Internet. For me it is not such a stretch. When I first arrived in Tokyo in 1974 and Nixon was taking the US off the gold standard, the yen had just devalued from the old Dodge Line of ?360 to ?305. The move I am predicting represents a give back of only a quarter of the gains since then.

If I am right, it would make my hedge fund friend?s upside predictions for the Nikkei look downright conservative. It would take the ProShares Ultra Short Yen ETF (YCS) from $68 to over $110. It would also boost the Wisdom Tree Japan Hedge Equity ETF (DXJ) from $49.67 to as high as $100.

I indicated to readers at the beginning of the year that this could be the trade that keeps on giving, like having a rich uncle. It looks like, so far, I am right.