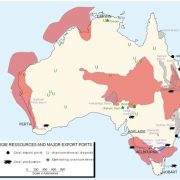 It looks like I?m Waltzing Matilda again. I am going to use the two-cent drop last night to scale into a long position in the Australian dollar. This is a dip in the (FXA) that gives up one quarter of the four-cent move off of the August 88 cent bottom.

The decline was triggered by dismal employment data showing that 10,200 jobs were lost in August. Many analysts had been expecting job gains. To give you some perspective, this is equivalent to the US getting a nonfarm payroll of (minus) -150,000 out of the blue when everyone had been expecting an improvement of a similar amount. Yikes!

The problem with this analysis is that employment data is a lagging indicator, sometimes a deep one. A few things have happened since these numbers were collated. The China hard landing has been taken off the table, emerging markets (EEM) have been screaming, and there have been massive short covering rallies across the entire hard asset space. Looking at just this single data point is the equivalent to driving ninety miles an hour and only looking at the rear view mirror.

You wanted a dip to buy? This is a dip.

The steadily improving China data puts not just the Aussie in a fresh new light, but all Australian assets. If it is sustainable, then Australian stocks also look great down here as well. The Australia iShares ETF (EWA) has told you as much, rocketing some 16% off the August lows, triple the gains seen here in the US. Australian bonds are the only security you want to walk away from, which are likely to see further losses matching those in the US.

You?ve gotta love Australia. It is the low cost producer of a whole range of economically sensitive commodities, including iron ore, copper, natural gas, coal, tin, gold, wool, wheat, beef, and others. Get it right and you make a fortune. It is the leveraged play on an improving global economy. Call it a call option on the world. If you have any doubts about the attractions of the Land Down Under, just spend a free summer afternoon strolling Sydney?s Bondi Beach.

If you want some independently confirming data on the likelihood of this turnaround, look at the chart below of the Baltic Dry Index, which reflects the cost of chartering dry bulk ships to carry stuff like iron ore and coal. It has been absolutely on fire, blasting up by 100% in the past four weeks.

This morning?s unbelievable 31,000 drop in weekly jobless claims to 292,000, a new five year low, reaches the same conclusion. It is a far more contemporaneous data set, and reflects a return to a normal economy. The Australian jobs data is so old it has hair growing in it.

The unfortunate aspect of this Trade Alert is that (FXA) options are fairly illiquid, and trade at double the normal spread found in the foreign exchange options market, so execution here is crucial. Put in a limit order for the spread that works for you. If you don?t get done, just walk away and wait for the next Trade Alert, of which there will be many.

Or you can just buy the (FXA) outright, given that the August low on the charts is looking pretty solid. Buy some Australian shares (EWA) too, while you?re at it, and throw a couple more steaks on the barbie!