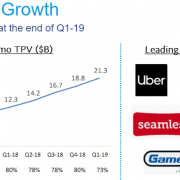 It’s time to revisit one of my favorite tech picks for 2019 that is a constant trade alert candidate.

The attention is warranted with the stock performance delivering a tidal wave of euphoria rising around 30% in the first half of 2019.

I expected PayPal to have a great year, but I didn’t expect them to perform better than Square who are growing from a lower install base.

PayPal’s overperformance signals to the wider business establishment how important a broad install base can be that can tap the network effect to reel in profits.

This is how once legacy dinosaurs can reinvent themselves in months.

The lack of entry points is a concern prodding investors to chase the stock if they want a piece of the action.

This is one of the drastic side effects of PayPal’s meteoric rise that has been buttressed by dovish Fed policy.

Investors are literally praying to the skies for any softness in tech earnings reports because for the best of the bunch, there have been no moderate pullbacks of note since last winter.

PayPal did offer a slight data point that might be construed as disappointing when total payment volume (TPV) of $161 billion was slightly lower than the consensus of $163 million for the quarter.

It’s slim pickings for the bear camp with not much to feast on in an otherwise pretty solid earnings report.

As PayPal expanded by 9.3 million new active accounts, bringing its total up to 277 million, management has super charged this legacy fintech company into an outright renaissance.

Doing even more to shed the tag of a legacy company, PayPal invested half a billion dollars at $47 per share into the upcoming Uber IPO signaling possibilities that their payment software could at some point integrate into Uber’s network down the road.

Alphabet (GOOGL) has shown that if you get in early with these Silicon Valley unicorns, synergistic effects are plenty with Alphabet lapping up revenue charging Lyft (LYFT) for providing digital ad capabilities on top of the appreciating value of their investment stake.

And if you remember that way back, PayPal was tied to eBay before it was spun out.

Better to attach future hopes and dreams to a leading visionary and innovator instead of a legacy e-commerce platform.

Illustrating the tough task of turning around eBay, eBay clocked in negative TPV growth of 4% in the past quarter.

PayPal offered us more detail into active-account numbers for its Venmo peer-to-peer service with more than 40 million people using Venmo for at least one transaction in the last 12 months.

The success paved the way to raise its full-year EPS outlook from $2.94 to $3.01 ensuring that its prior forecast on revenue and TPV will be met.

When we tally up all the positive points, it’s hard to ignore the 12% YOY increase in revenue to $4.13B and the more impressive 37% YOY rise in EPS growth signaling the company is applying its giant scale to maximum effect.

Customer engagement of 37.9 payment transactions per active account rose 9% YOY while the TPV which came in lower than consensus was still growth of 22% YOY.

I love that PayPal has migrated towards the heart of innovation while being a legacy fintech company.

Venmo and the Venmo card are rapidly infiltrating the center of consumer’s daily financial lives wielded for groceries, gas, and restaurants.

I want to reiterate how the proof is in the pudding with Venmo volume increasing 73% to approximately $21B in the quarter.

Not only does this legacy fintech have super growth drivers, they have become quasi venture capitalists applying a horde of capital to snap up attractive assets.

An example is a $750 million investment in the e-commerce and payments leader in Latin America called MercadoLibre which creates a network effect to PayPal’s core business in the region.

If the steady drip of news wasn’t good enough, PayPal announced a partnership with Instagram to process payments when customers are shopping on Instagram in the U.S.

Management is convincingly delivering the goods with 110 basis points of operating margin expansion.

PayPal’s flawless performance is a great model in how to survive the volatile times of rapid tech shifts, and the best way to alter a model to reduce existential threats.

The company has growth drivers, have migrated capital into growth tech, are innovating with the best of them, and management is executing surgically taking advantage of a massive install base.

Buy on any weakness, entry points are few and far between. 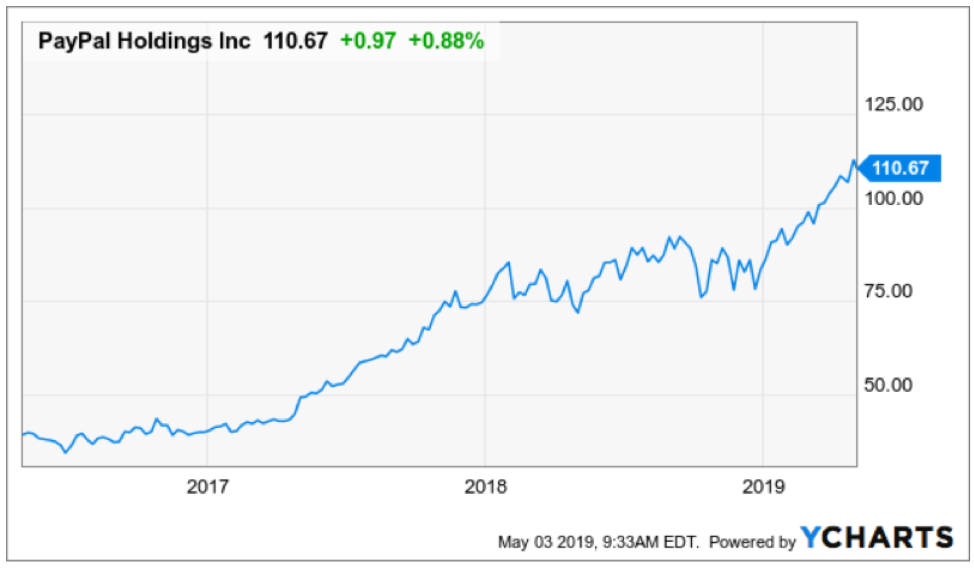 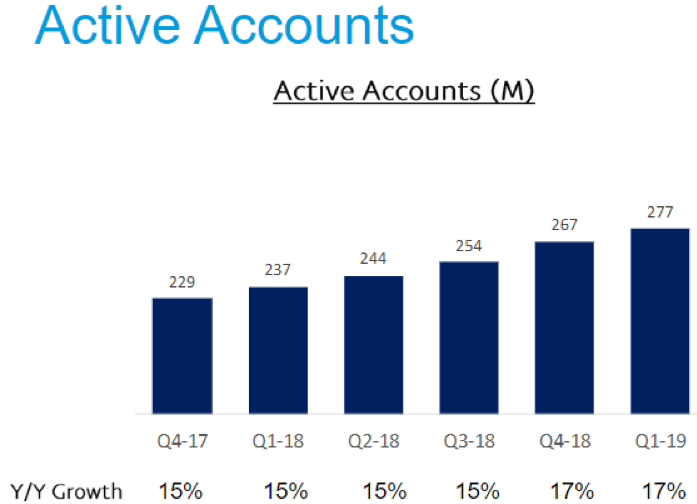