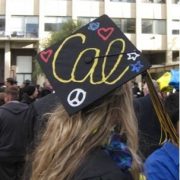 I recently spent a weekend attending a graduation in Washington State, a stone?s throw from where the 2010 Vancouver Winter Olympics were held.

While sitting through the tedious reading of 550 names, I was struck by how many seemed to come from abroad, and how seriously mangled they were by the speaker.

.As I listened to the wailing ceremonial bagpipes, I did several calculations on the back of the commencement program and was shocked with what I discovered.

Higher education has grown into a gigantic industry for America, with a massively positive impact on our balance of payments, generating an impact on the world far beyond the dollar amounts involved.

According to the non-profit Institute of International Education, there are 819,644 foreign students in the US today, up an impressive 7.2% from last year.

This combined student body pays an average out-of-state tuition of $25,000 a year each totaling some $24 billion. The positive impact on the US balance of payments and the US dollar exchange rate is huge.

China is far and away the dominant origin of these students, accounting for 235,597, up 26% from the previous year.

South Korea and India take the number two and three slots, thanks to the generous scholarships provided by their home governments. Saudi Arabia and Brazil are showing the fastest growth rates.

A fortunate few, backed by endowed chairs and buildings financed by wealthy and eager parents, land places at prestigious universities like Harvard, Princeton, and Yale.

However, the overwhelming majority enroll in the provinces in a thousand rural state universities and junior colleges that most of us have never heard of.

Many of these schools now have diligent admissions officers scouring the Chinese hinterlands looking for new applicants.

A college degree once was a uniquely American privilege. In 1974 the US led the world, with 24% of the population getting a sheepskin.

Today, it has fallen to 16th, with 28% completing a four-year program, lagging countries like South Korea, Canada, and Japan.

The financial windfall has enabled once sleepy little schools to build themselves into world-class institutions of higher learning, with 30,000 or more students.

They boast state of the art facilities, much to the joy of local residents and budget constrained state education officials. Furthermore, the overwhelming leadership of education industry is steadily Americanizing the global establishment.

I can?t tell you how many times over the decades I have run into the Persian Gulf sovereign fund manager who went to Florida State, the Asian CEO who attended Cal State Hayward, or the African finance minister who fondly recalled rooting for the Kansas State Wildcats.

Remember the recently ousted president of Egypt, Mohamed Morsi? He was a former classmate of mine at USC. Go Trojans! Do you think he was singing ?Fight on For Old SC? in his jail cell?

Those who constantly bemoan the impending fall of the Great American Empire can take heart by merely looking inland at these impressive degree factories. These students are not clamoring to get into universities in Beijing, Moscow, or Tokyo.

Not a few marry and permanently settle in the US, while many others take their American brides home. Saudi Arabia is home to some 50,000 such wives, who had to agree to sharia law and give up driving to obtain resident permits.

It also explains why the dollar is so strong in the face of absolutely gigantic, structural trade deficits.

When a foreign student pays tuition to a US school, it is treated as an export of a service in terms of the US balance of payments, much like a car or an airplane, our country?s largest exports.

Rising exports mean that more dollars are staying home and fewer are going abroad, strengthening the value of the greenback. $24 billion and change offsets a lot of imports of cheap electronics, clothing and toys from China.

The US has plenty of capacity to expand this trade in services. Over 70% of foreign students are concentrated in just 200 of the country?s 4,000 colleges.

The University of California has blazed a path that many other cash strapped institutions are certain to follow.

What is the upshot of all of these for the locals? It is now a lot harder to get an ?A? in Math at UC Berkeley. 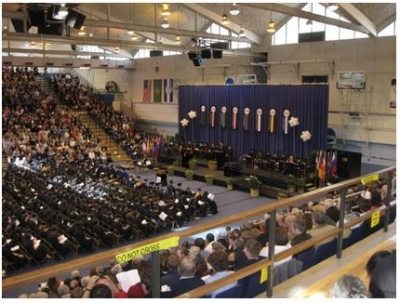