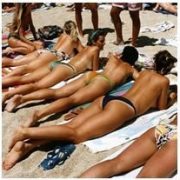 If I had a nickel for every time that I heard the term ?Sell in May and go away? this year, I could retire. Oops, I already am retired! In any case, I thought that I would dig out the hard numbers and see how true this old trading adage is.

It turns out that it is far more powerful than I imagined. According to the data in the Stock Trader?s Almanac, $10,000 invested at the beginning of May and sold at the end of October every year since 1950 would be showing a loss today. Amazingly, $10,000 invested on every November 1 and sold at the end of April would today be worth $702,000, giving you a compound annual return of 7.10%.

My friends at the research house, Dorsey, Wright & Associates, (click here for their site at http://www.dorseywright.com/) have parsed the data even further. Since 2000, the Dow has managed a feeble return of only 4%, while the long winter/short summer strategy generated a stunning 64%.

Being a long time student of the American, and indeed, the global economy, I have long had a theory behind the regularity of this cycle. It?s enough to base a pagan religion around, like the once practicing Druids at Stonehenge.
Up until the 1920?s, we had an overwhelmingly agricultural economy. Farmers were always at maximum financial distress in the fall, when their outlays for seed, fertilizer, and labor were the greatest, but they had yet to earn any income from the sale of their crops. So they had to borrow all at once, placing a large cash call on the financial system as a whole. This is why we have seen so many stock market crashes in October. Once the system swallows this lump, it?s nothing but green lights for six months.
After the cycle was set and easily identifiable by low-end computer algorithms, the trend became a self-fulfilling prophecy. Yes, it may be disturbing to learn that we ardent stock market practitioners might in fact be the high priests of a strange set of beliefs. But hey, some people will do anything to outperform the market.

It is important to remember that this cyclicality is not 100%, and you know the one time you bet the ranch, it won?t work. But you really have to wonder what investors are expecting when they buy stocks at these elevated levels, over $159 in the S&P 500.

Will company earnings multiples further expand from 15.5 to 17 or 18? Will the GDP suddenly reaccelerate from a 2% rate to the 4% expected by share prices when the daily data flow is pointing the opposite direction?

I can?t wait to see how this one plays out.

Thank Goodness I Sold in May

Only Buy Companies You Hate