I was going to hold off on writing about this streaming service, but the shares are up another 15% this morning on a down day and that has forced my hand.

Streaming platforms have done extremely well during the pandemic and it is a no-brainer to put two and two together because consumers stuck at home would obviously mean more streaming consumption.

But what about those streaming services that you have not heard about?

They do exist and now I am here to tell you about one of them.

Yes, I must admit that fuboTV isn’t the newest company. The company was established in 2015 and some of the hardcore streamers will see this service pop up on their Roku (ROKU) amongst other platforms.

After a more focused migration into live sports television, a key deal to bring Disney’s ESPN to its platform, and a pair of acquisitions to allow sportsbook operations beginning in 2021.

FUBO has potential and is already showing robust growth backed by the kind of subscriber numbers needed to turn an eventual profit.

November’s third-quarter print showed accelerating subscriber growth from 58% to 72% and sales surging from 71% to 80%.

I am quite positive on FUBO’s ability to monetize traffic at much higher rates than its competitors.

FUBO had just 545,000 subscribers entering into 2021, but its free-spending audience that totals an average of four hours a day streaming the platform is a bedroom piece of foundation to this upstart company.

It is generating an average $7.50 in monthly ad revenue per user, and that’s on top of the $65 monthly fee for the entry-level plan featuring 118 different channels.

The big selling point for fuboTV is that more than three dozen of those networks are dedicated sports channels.

FUBO’s capture of ESPN last summer was a coup, but it also dropped Turner’s sports-heavy properties.

It’s true that it is not the perfect service, and is missing some crucial content.

They are also not carrying Sinclair’s regional sports channels.

Cord cutters are helping this stock be hard to bet against after joining the services in droves in 2020.

FUBO actually was laser-focused on European soccer at the beginning but understood they needed to branch out to capture other pro sports fans and widen its audience.

Unlike Netflix, advertising is a key component in the company’s revenue. It works with top ad-tech companies like The Trade Desk (TTD) and Magnite, and these partnerships are helping it with growth.

In the third quarter, ad revenue grew 153% year over year.

FUBO believes it can generate more than $20 in ARPU after paying the third-party vendors it works with.

A net loss of $402.5 million through the first nine months of 2020 is standard for most teething growth companies and the unprofitability shouldn’t stop investors from this stock.

If you do choose to dip your toe into this stock, then be aware the volatility might make you feel unsteady at night.

The wild swings are a sign of an immature company growing into its investor base. 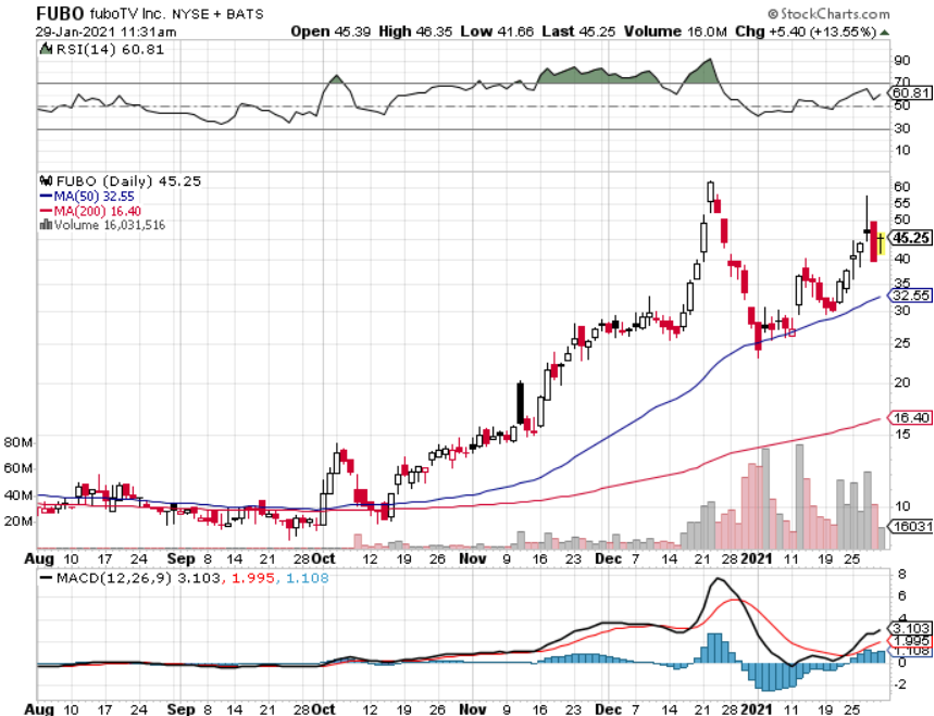 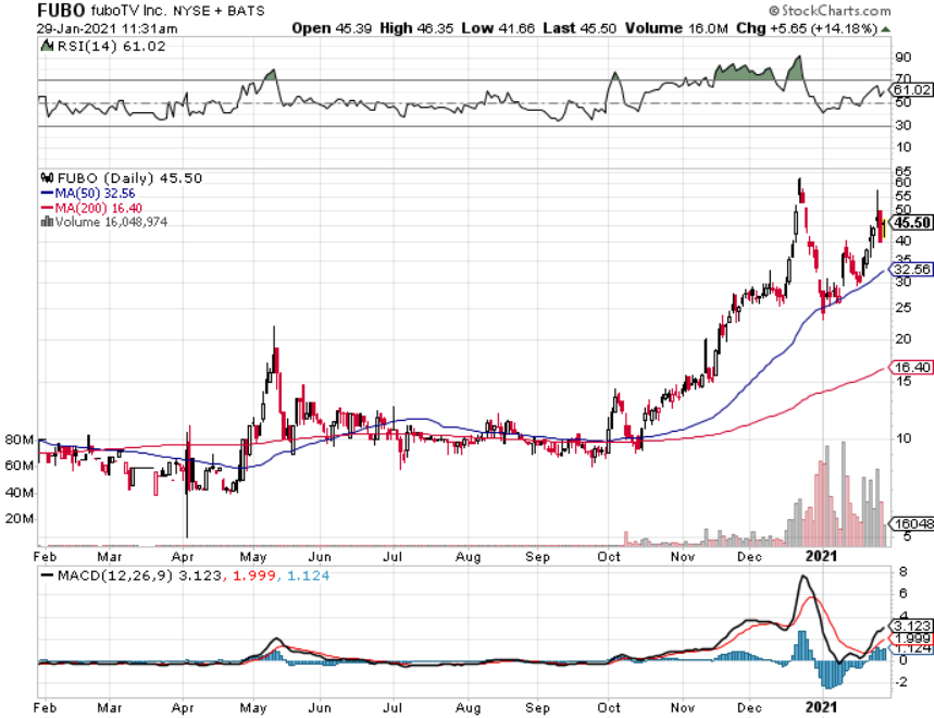 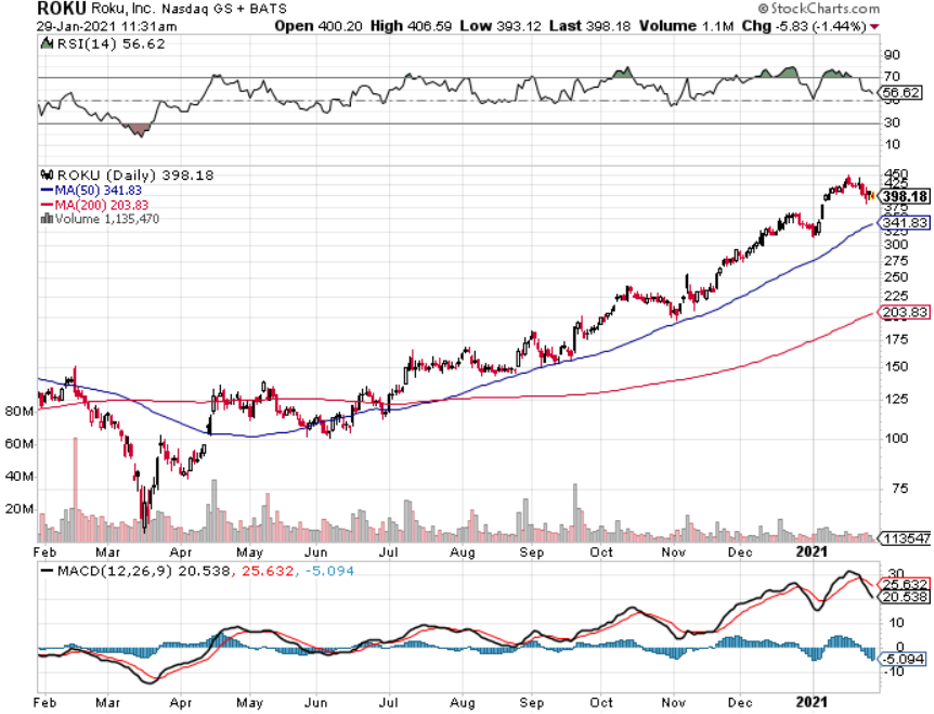 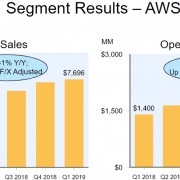