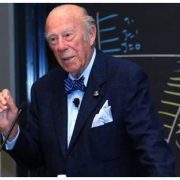 While we?re all sitting on our hands waiting for Janet Yellen to make her move, or non move, it is time to reminisce.

My friend was having a hard time finding someone to attend a reception who was knowledgeable about financial markets, White House intrigue, international politics, and nuclear weapons.

I said I?d be there wearing my darkest suit, cleanest shirt, and would be on my best behavior, to boot.

When I arrived at San Francisco?s Mark Hopkins Hotel, I was expecting the usual mob scene. I was shocked when I saw the three senior statesmen making small talk with their wives and a handful of others.

It was a rare opportunity to grill high level officials on a range of top secret issues that I would have killed for during my days as a journalist for The Economist magazine. I guess arms control is not exactly a hot button issue these days. I moved in for the kill.

I have known George Shultz for decades, back when he was the CEO of the San Francisco based heavy engineering company, Bechtel Corp in the 1970’s. I saluted him as ?Captain Schultz?, his WWII Marine Corp rank, which has been our inside joke for years.

Since the Marine Corps didn?t know what to do with a PhD in economics from MIT, they put him in charge of an anti-aircraft unit in the South Pacific, as he already was familiar with ballistics, trajectories, and apogees.

I asked him why Reagan was so obsessed with Nicaragua, and if he really believed that if we didn?t fight them there, we would be fighting them in the streets of Los Angeles.

He replied that the socialist regime had granted the Soviets bases for listening posts that would be used to monitor US West Coast military movements in exchange for free arms supplies. Closing those bases was the true motivation for the entire Nicaragua policy.

To his credit, George was the only senior official to threaten resignation when he learned of the Iran-contra scandal.

I asked his reaction when he met Soviet premier Mikhail Gorbachev in Reykjavik in 1986 when he proposed total nuclear disarmament.

Shultz said he knew the breakthrough was coming because the KGB analyzed a Reagan speech in which he had made just such a proposal.

Reagan had in fact pursued this as a lifetime goal, wanting to return the world to the pre nuclear age he knew in the 1930?s, although he never mentioned this in any election campaign.

As a result of the Reykjavik Treaty, the number of nuclear warheads in the world has dropped from 70,000 to under 10,000. The Soviets then sold their excess plutonium to the US, which today generates 20% of the total US electric power generation.

Shultz argued that nuclear weapons were not all they were cracked up to be. Despite the US being armed to the teeth, they did nothing to stop the invasions of Korea, Hungary, Vietnam, Afghanistan, and Kuwait.

I had not met Bob Perry since the late nineties when I bumped into his delegation at Tokyo?s Okura Hotel during defense negotiations with the Japanese. He told me that the world was far closer to an accidental Armageddon than people realized.

Twice during his term as Defense Secretary he was awoken in the middle of the night by officers at the NORAD early warning system to be told that there were 200 nuclear missiles inbound from the Soviet Union.

He was given five minutes to recommend to the president to launch a counterstrike. Four minutes later, they called back to tell him that there were no missiles, that it was just a computer glitch.

When the US bombed Belgrade in 1999, Russian president, Boris Yeltsin, in a drunken rage, ordered a full-scale nuclear alert, which would have triggered an immediate American counter response. Fortunately, his generals ignored him.

Perry said the only reason that Israel hadn?t attacked Iran yet, was because the US was making aggressive efforts to collapse the economy there with its oil embargo.

Enlisting the aid of Russia and China was key, but difficult since Iran is a major weapons buyer from these two countries.

His argument was that the economic shock that a serious crisis would bring would damage their economies more than any benefits they could hope to gain from their existing Iranian trade.

I told Perry that I doubted Iran had the depth of engineering talent needed to run a full scale nuclear program of any substance.

He said that aid from North Korea and past contributions from the AQ Khan network in Pakistan had helped them address this shortfall.

Ever in search of the profitable trade, I asked Perry if there was an opportunity in nuclear plays, like the Market Vectors Uranium and Nuclear Energy ETF (NLR) and Cameco Corp. (CCR), that have been severely beaten down by the Fukushima nuclear disaster.

He said there definitely was. In fact, he personally was going to lead efforts to restart the moribund US nuclear industry. The key here is to promote 5th generation technology that uses small, modular designs, and alternative low risk fuels like thorium.

I had never met Senator Sam Nunn and had long been an antagonist, as he played a major role in ramping up the Vietnam War. Thanks to his efforts, the Air Force, at great expense, now has more C-130 Hercules transport planes that it could ever fly because they were assembled in his home state of Georgia. Still, I tried to be diplomatic.

Nunn believes that the most likely nuclear war will occur between India and Pakistan. Islamic terrorists are planning another attack on Mumbai. This time India will retaliate by invading Pakistan. The Pakistanis plan on wiping out this army by dropping an atomic bomb on their own territory, not expecting retaliation in kind.

But India will escalate and go nuclear too. Over 100 million would die from the initial exchange. But when you add in unforeseen factors, like the broader environmental effects and crop failures (CORN), (WEAT), (SOYB), (DBA), that number could rise to 1-2 billion. This could happen as early as 2016.

Nunn applauded current administration efforts to cripple the Iranian economy which has caused their currency to fall 50% in the past two years. The strategy should be continued, even if innocents are hurt.

He argued that further arms control talks with the Russians could be tough. They value these weapons more than we do, because that?s all they have left.

Nunn delivered a stunner in telling me that Warren Buffet had contributed $50 million of his own money to enhance security at nuclear power plants in emerging markets.

As the event drew to a close, I returned to Secretary Shultz to grill him some more about the details of the Reykjavik conference held some 30 years ago. He responded with incredible detail about names, numbers, and negotiating postures.

I then asked him how old he was. He said he was 94. I responded ?I want to be like you when I grow up?. He answered that I was ?a promising young man?. It was the best 63th birthday gift I could have received. 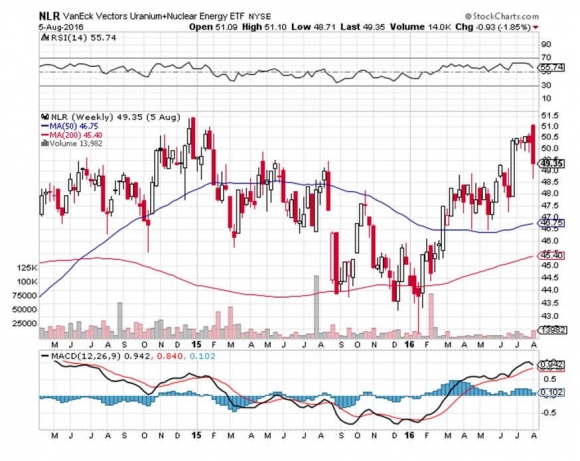 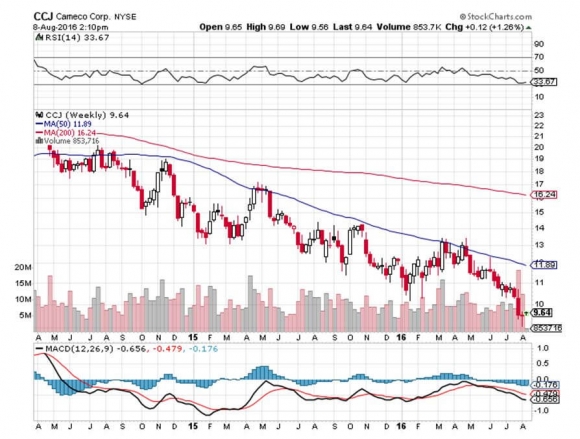 Why the Bull Market is Alive and Well
Scroll to top