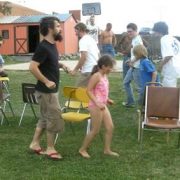 Those lucky traders who have been following my Trade Alert service are well aware that I have been hamming the bond market for the past week. These new positions were a major factor in adding an impressive 5% to my model trading portfolio P&L during a week when there was very little happening in the real world.

There is a method to my madness.

This was supposed to be the year of the ?Great Reallocation,? whereby long-term investors bailed on their fixed income portfolios in favor of stocks. The only problem was that it just didn?t happen.

Bonds fell alright, taking the ten year Treasury yield up to 3.0% by August 20. But what selling did occur up until then saw the proceeds moved largely into cash instead of equities.

What happened next surprised many industry experts. Bonds rallied strongly going into a September meeting at the Federal Reserve where they were supposed to announce a taper of its $85 billion a month in bond buying. That was supposed to crash the bond market, and the street piled on massive shorts.

The meeting came and went without a taper announcement, catching many traders wrong footed. That forced them to chase the market to cover shorts, taking the yen year yield all the way down to 2.47% by last week.

Then the rally abruptly died.

When you see disparate markets confirming major reversals within an asset class all at once, it usually signifies that something big is happening. Starting on Wednesday, the Treasury market peaked and began a rapid descent, taking yields up 17 basis points in dramatic fashion.

Corporate bonds also took a dive, with the High Grade Investable Bond ETF (LQD) giving back a few points. Junk bonds took a hit, with the high yield ETF (HYG) taking it on the kisser. Even emerging market debt (ELD) and the municipal bond market (MUB) were thrown out with the bathwater.

Only master limited partnerships continued to hold up well, my favorite pick in the sector, Linn Energy (LINE), blasting ten points to the upside. This is one of the few areas in the fixed income space where a double-digit yield pays you for your principal risk.

That prompted me to rush followers out of a 100% cash position into seven new positions in very quick succession. I was writing Trade Alerts so fast that I was busier than the proverbial one-handed paperhanger. So I was a day early. Take it out of my next paycheck!

What is the big thing that the market is trying to tell us here? I may be going deaf and blind in my old age, but I can see this one coming a mile off.

The ?Great Reallocation? scheduled for 2013 is actually going to happen in 2014. The sell off in bonds that ran for the first eight months of the year put the fear of god into investors and managers alike. It?s not for nothing that bond giant PIMCO?s Bill Gross says that he expects to get ?ashes in my stocking for Christmas this year.?

Having been warned once on the risks entailed in a market that is coming off a 60 year high, bond owners don?t need to be told twice to sit down when the music stops playing. They have started to lighten up in a hurry.

December is turning into a ?Great Front Run of 2014.? To reallocate out of bonds into stocks in 2014, you have to start selling your bonds now. That means that bonds could remain weak for the rest of 2013, possibly even taking the ten year yield all the way back up to 3.0% again. Hence, my aggressive selling.

If I am right about this scenario, the flipside for stocks could be even more important. It augurs for a narrow, low volume, sideways correcting stock market for a few more weeks, then a blast to the upside into year-end. A Standard and Poor?s 500 of 1,800 becomes a chip shot, and with two months to run, it could even make it as high as 1,850. There is a global synchronized recovery on the table for 2014 and everyone and his brother wants to participate.

My only concern here is that we are pulling forward performance from 2014 into this year that will ultimately make next year harder to trade.

So Who?s Selling Their Bonds First?